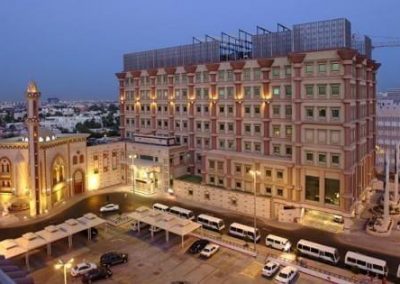 Saad Specialist Hospital (SSH) was opened in year 2001. SSH main goal is to provide high quality of medical services to the local community. SSH provide modern tertiary medical services mainly to the Eastern Province population and to the Saudi population in general.

SSH is located in Al Khobar in the Eastern Province of Kingdom of Saudi Arabia. It is located within few miles away from Dammam and Dhahran.
SSH was built and constructed according to the highest international standards and it is accredited by Joint Commission International (JCI) Saad Specialist Hospital consists 600 beds hospital.