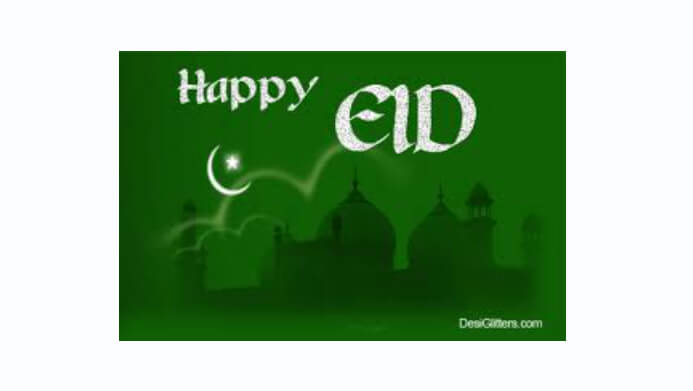 At Eid al-Adha, many Muslims make a special effort to pray and listen to a sermon at a mosque. They also wear new clothes, visit family members and friends and may symbolically sacrifice an animal in an act known as qurbani.

At Eid al-Adha, many Muslims make a special effort to pray and listen to a sermon at a mosque. They also wear new clothes, visit family members and friends and may symbolically sacrifice an animal in an act known as qurbani. This represents the animal that Ibrahim sacrificed in the place of his son.

In some traditionally Muslim countries, families or groups of families may purchase an animal known as udhiya, usually a goat or sheep, to sacrifice, but this is not common or legal in many parts of Australia, Canada, New Zealand, the United Kingdom, the United States or many other countries. In these countries, groups of people may purchase a whole carcass from a butcher or slaughterhouse and divide it amongst themselves or just buy generous portions of meat for a communal meal on Eid-al-Adha. People also give money to enable poorer members of their local community and around the world to eat a meat-based meal.

In the period around Eid al-Adha, many Muslims travel to Mecca and the surrounding area in Saudi Arabia to perform the Hajj pilgrimage. Package holidays are organized from many countries. Muslims may plan and save for many years to enable them to take part in this event, which is one of the five pillars of Islam.

Ibrahim, known as Abraham in the Christian and Jewish traditions, was commanded by God to sacrifice his adult son. He obeyed and took Ishmael (Ismail or Ismael) to Mount Moriah. Just as he was to sacrifice his son, an angel stopped him and gave him a ram to sacrifice in place of his son. Some people dispute that the son of sacrifice was Isaac (Isḥāq). Regardless, these events are remembered and celebrated at Eid al-Adha.

The Islamic calendar is based on observations of the moon and the length of a particular month can vary between years. For this reason, predicted dates of Eid al-Adha may be corrected at the start of the month of Dhul Hijja. This is around 10 days before the start of the festival.