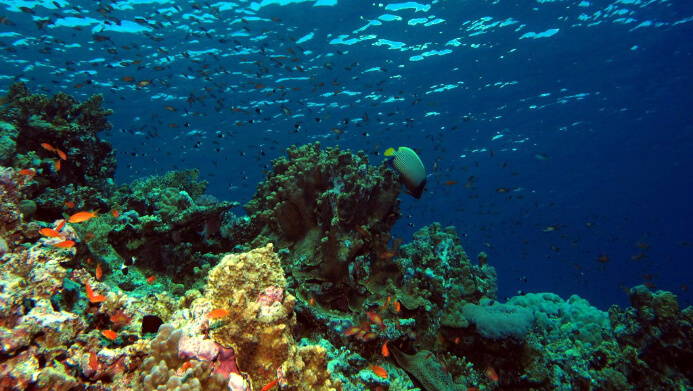 The Red Sea is a tropical seawater inlet of the Indian Ocean, bordering the coast of Saudi Arabia and making up over 79 percent of the sea’s eastern shoreline.

There are several resorts on the Red Sea which have plenty of activities for tourists, from laid-back former fishing villages to bustling towns with a range of adventure sports but with its extensive shallow shelves noted for marine life of over 1,000 invertebrate species and 200 soft and hard corals, the sea has become most well known as a spectacular recreational diving and snorkeling site.

The diving off the coast of Saudi Arabia is some of the most untouched diving in the Red Sea which very few people have experienced due to the untouristy region of the sea. The fantastic reefs, which are best explored by liveaboard, can be seen around the area of Yanbu (300km north of Jeddah). Here you can dive the Gotha el Sharm reef and explore the Shouna Wreck. The Seen Reefs offer some of the best reef diving in the Red Sea with its steep walls, gigantic fish, great visibility and several species of sharks. The coral atolls of sha’ab Gurush, Sulflani and Sadiki in the north also offer exceptional dives.

Other popular areas are the Farasan Banks to the south of Jeddah and the Farasan Archipelago and the Farasan Banks. Here you can explore the several hard corals and big pelagic fish of Mar Mar Island. Other areas to explore include the islands of Dohra, al Jadir, Malothu and the Gorgonia, Bandu and Jabbara, Mudar and Long Reefs.

If you are interested in applying to work in Saudi Arabia, please send your resume to info@sainternational.us